The sole snakebite antidote in use in India is ineffective against most venoms. The good news is that researchers are looking for solutions.

Surajit Giri was worried about the condition of a snakebite victim at the Demow Community Health Centre in Assam's Sivasagar. Giri, an anaesthesiologist who also treats snakebites, recalls that the patient didn't respond to the prescribed anti-snake venom (ASV) serum, a cocktail of antibodies that neutralises venom.

ASV helps restore the blood's clotting ability, which is often impaired in snakebites. The patient's blood, however, did not clot well, even after Giri increased the dose.

The 2018 case set him thinking. An investigation followed, revealing that the patient was poisoned by a green pit viper, a venomous but common snake in Assam. The ASV proved ineffective in this case because it neutralises only the venom of four big Indian snakes: the Indian cobra, common krait, Russell's viper and the Indian saw-scaled viper. These four highly venomous snakes, found in many parts of India, are responsible for most medically serious snakebites in India.

But when Giri saw some ten more green pit viper snakebite cases, he realised that these patients had to be treated differently. And while he cured them by wrapping a patient's affected areas with a Magnesium Sulphate (MgSO4) and glycerine bandage (as MgSO4, an analgesic and anti-inflammatory compound, eases painful symptoms) — he felt the pressing need for other kinds of serums.

India is home to more than 300 species of snakes, 60 of them venomous. Some snakes are localised to specific regions. For instance, the green pit viper is mainly to be found in Assam, just as the Sind krait, possibly the most poisonous snake in India, is usually seen in Rajasthan.

The ASV is not just ineffective when it comes to other snakebites, but is also unable to tackle venom variations within the four big snakes. Snake venom tends to vary with changes in geography and ecology, even within the same species. The composition of a snake's venom depends on local factors, such as what it feeds on. The ASV, however, is not able to cater to geographical variations in venoms.

Snake venom tends to vary with changes in geography and ecology, even within the same species.

In a 2021 study in PLoS Neglected Tropical Diseases, Kartik Sunagar, Professor, Indian Institute of Science (IISc), Bengaluru, and his colleagues looked at the differences in the Indian cobra's venom in different regions. They collected venom from seven States. Each location represented a unique bio-geographical environment: West Bengal represented the Gangetic plains; Maharashtra, the Western Ghats, and so on. Their analyses, the paper says, revealed "astounding differences" in venom compositions.

In lab-based tests to assess the efficacy of the ASV against the cobra venoms from different locations, they found that the commercial ASV could not effectively neutralise the venom from many regions and was completely unable to counter the venom from the desert region (Rajasthan).

An unrelated 2018 study in Expert Review of Proteomics found the Russell's viper venom was different in different geographical locations. The study also noted a difference in the efficacy of the ASV in neutralising the venom from different locations.

At present, the ASV in India is produced with venom collected from Tamil Nadu by members of the Irula Snake Catchers' Industrial Cooperative Society. The venom is supplied to ASV-producing bodies, which inject it into horses. Horses produce antibodies against the venom, which are extracted, purified, and used to treat snakebite victims across India. Since the venom is sourced from just one geographical location, the ASV is best suited for treating snakebite victims from or around Tamil Nadu.

The ICMR task force will measure the incidence rate of snakebite in India and gather data on victims left with lifelong disability.

To address this problem of venom variation, Sunagar has now tied up with Bharat Serums and Vaccines, a manufacturer of ASVs. They plan to make region-specific ASVs from locally sourced venoms and are also looking at producing anti-venoms for snakes other than the big four.

The current methods of ASV production in India are over a hundred years old. "Although the process of producing the ASV has changed considerably, the basic steps of production have remained unchanged. We are still in the 'Fujifilm era' as far as ASVs are concerned," says Kochi cardiologist Jaideep Menon, the lead researcher of an ICMR- National Task Force on Snakebites.

There is, clearly, ample room for improvement in ASV production technology. Earlier this year, Sunagar and his colleagues published a paper with the Serum Institute of India, in which they reported a more efficacious, second-generation version of the ASV. They used the same methods of production but changed the purification process to increase the purity of ASV. Pre-clinical trials showed that the enhanced purity of the ASV helped increase its venom neutralisation potential by 3-4.5 times.

These are, however, stop-gap measures. The production of recombinant antivenoms would be of far greater use. These are synthetic antivenoms produced by using tailor-made DNA sequences in artificial cell lines. Sunagar is pursuing this as part of the Scientific Research Partnership for Neglected Tropical Snakebite (SRPNTS) consortium.

The consortium comprises Sunagar's lab at IISc, the Liverpool School of Tropical Medicine, the International AIDS Vaccine Initiative, and a few other partners from the U.K. and Sub-Saharan Africa.

The first step in producing these recombinant antivenoms is inoculating the venoms in camels. The researchers, Sunagar says, chose camels because "their antibodies are small and have a greater penetration".

The process of inoculating camels with venom has already begun in collaboration with ICAR-NRCC (Indian Council of Agricultural Research-National Research Centre on Camel). The next step would be to harvest the relevant antibodies from the camels, sequence the antibodies and use the sequence information to produce them artificially in cultured cells. The researchers also plan to tweak the sequence of the recombinant antibodies to make them more effective.

Innovations in snakebite therapy have taken a long time coming. Snakebite is a perfect example of a neglected tropical disease, with little nationwide data on its prevalence in India. An estimated 58,000 people die every year of snakebite, but many more are poisoned.

The ICMR task force will, for the first time, measure the incidence rate of snakebite in India. In addition to looking at mortality, it will gather morbidity data to understand what percentage of snakebite victims are left with lifelong disability (including mental disability) and poor health.

WHY DO SNAKE VENOMS VARY?

Evolution is the answer. 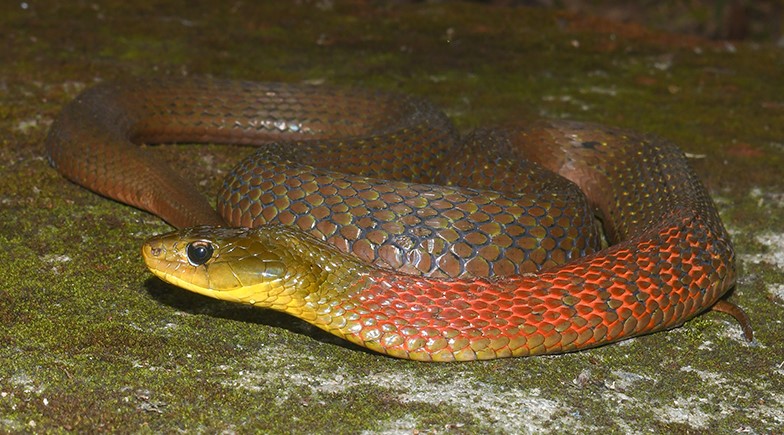 Apart from snakes, there are many other venomous species such as scorpions and jellyfish. The primary function of venoms is to catch prey. As the local ecology and prey profile of a venomous organism changes, it responds by modifying its venom. It is as if a "chemical arms race" is going on between a venomous animal and its prey, says Kartik Sunagar, Professor, Indian Institute of Science, Bengaluru.

However, this cycle of change in the venom is much more dramatic in snakes when compared to other venomous creatures. This is because, on the evolutionary time scale, snakes are quite young; they evolved 35-50 million years ago, as against the jellyfish's 700 million years and scorpions' 400 million years. The older species have had a longer time to adjust and make their venom potent enough to handle a variety of conditions. If they evolve at all, they do so very slowly. Snakes, on the other hand, are still adjusting to their niches and evolve at a faster rate. "Evolutionary age has a direct impact on venom variation, anything that is younger would show more variation," Sunagar says.