The unsung heroes of agriculture

Arguably no scientific activity has touched human lives as much as agriculture.

No science subject comprises as many unsung heroes as agriculture. Compared to other sciences, agriculture is not a glamorous discipline or the subject of Nobel Prizes. The public rarely hears about scientific breakthroughs in agriculture. When an issue is discussed in public, it is usually a controversial one, such as the debate on the safety of genetically engineered crops. From the outside, agriculture appears dull, stagnant, and sometimes only partly scientific.

Yet, no scientific activity has touched human lives as much as agriculture. Advances in agriculture have reduced the impact of population growth, improved human lives and almost eliminated famines. This is especially true of India. The country had a population of 340 million in 1947 and produced 55 million tonnes of grains. It now has roughly 1.4 billion people and produces 314 million tonnes of grains. The production of major agriculture crops such as cereals, pulses, vegetables and fruits have all increased several fold. Before independence, the country faced a famine every few years. Now famines are history.

Significantly, India has been able to achieve this without increasing the area under agriculture. Research was not a priority for the colonial rulers, but after independence, India invested in agricultural research. The Green Revolution was a major turning point, but Indian agriculture continued to grow even after that. This was primarily because of an expansion of State agriculture universities, the Indian Agricultural Research Institute (IARI) and other bodies under the Indian Council of Agricultural Research (ICAR). The Rockefeller Foundation initially helped boost post-graduate education and start research programmes on major crops such as maize, jowar and bajra.

After a reorganisation in the 1960s, ICAR started several coordinated research programmes. Education in agriculture also expanded after independence. Now, there are 70 agriculture universities, some with significant research capabilities. However, due to farmers' requirements for new seed varieties, most have focused on developing new varieties of crops and not on fundamental research in agriculture science. In the next decades, this may turn out to be the weakness of Indian agriculture.

Developing a new variety of seed with useful properties is a slow process and takes decades to mature. Such work does not make headlines. But it changes the lives of people.

From a family that originally belonged to Jalandhar, Benjamin Peary Pal was born in Burma, where his father was a medical doctor. After his early studies there, Pal went to the University of Cambridge for his PhD, during which he studied the hybrid vigour of wheat by crossing diverse varieties. He returned to Burma, and after a brief stint with the Burmese Department of Agriculture, he moved to India in 1933 to join the Imperial Agricultural Research Institute at Pusa in Bihar.

When this institute — later renamed the Indian Agricultural Research Institute —was shifted to New Delhi, Pal also moved to the city. At the new headquarters of IARI, he, along with his collaborators, crossed wheat varieties with rust resistance, good grain quality and high yield to select plants that had all three traits. Specifically, his development of the bread wheat variety NP809, which is resistant to all three types of rusts — stem, stripe and leaf — made him a big name in his field. Pal is also known for his basic research work in wheat and potato taxonomy. When ICAR was reconstituted in 1965, Pal became its first Director General.

M.S. Swaminathan's name is inextricably linked to the Green Revolution, which provided food security to the country and lifted millions of people out of poverty. Swaminathan's leadership for the Green Revolution, both in research and its implementation, makes him one of the world's most prominent agriculture scientists. While he was working as a cytogeneticist at IARI in New Delhi, Swaminathan persuaded agronomist Norman Borlaug of the U.S. to work with him in developing high-yielding wheat varieties. Borlaug credits him with the idea of using dwarf varieties of wheat, without which there would have been no such revolution in Asia. Swaminathan was the man who broadened the scope of the food grain revolution throughout Asia.

Swaminathan was the Director General of ICAR and then headed the International Rice Research Institute (IRRI) in Manila. At IRRI, he led the development of high-yielding varieties of rice, another transformative event in reducing world hunger. For his work on the Green Revolution and high-yielding varieties of rice, he was awarded the first World Food Prize in 1987. Now 96, Swaminathan is the most respected living agricultural scientist in the world.

Born in 1936 and raised in Rawalpindi, Chopra studied at the Central College of Agriculture, IARI. He had a brief stint as an associate at IARI, after which he moved to the University of Cologne on a Humboldt scholarship. When he returned to India, Chopra joined M.S. Swaminathan's group in IARI and studied the effects of radiation on plant genomes. Subsequently, he went to the University of Edinburgh where he obtained a PhD for his work on genetic effects encountered in fruit flies and other microbes treated with radiation and chemicals. It was a key skill that he put to good use in India.

When he returned to the IARI, Chopra worked extensively on wheat crop improvement. Specifically, he used radiation and chemicals to induce genome-level changes for improving crop traits. The mutagenesis group headed by him at IARI was instrumental in sustaining the useful traits of the varieties developed by the wheat-breeding group, as they introduced long-lasting genetic changes through radiation and chemicals.

Rajendra Singh Paroda's most important contribution to Indian agriculture was developing gene banks of agriculturally important plants, animals and fish stock. In the mid-1980s, as the Director of the National Bureau of Plant Genetic Resources in New Delhi, he set up a gene bank that now has more than 250,000 germplasm of diverse crops. Later, as the Director General of ICAR (1992-2001), he set up similar gene banks of livestock, fishery and microbial resources in different parts of the country. 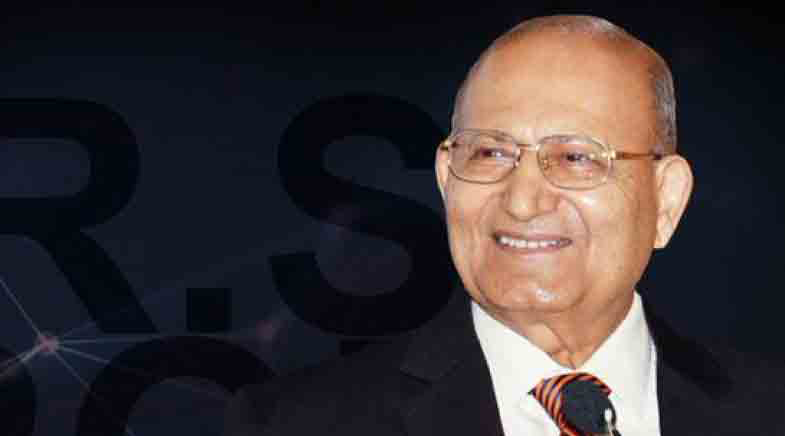 Paroda, who grew up in a farming family in Ajmer in Rajasthan, had always been aware of farmers' needs, which was why the geneticist and plant breeder focused as much on improving the genetic stock of forage crops as on food crops. His research resulted in the development and release of several high-yield fodder crops. Nearly 40% of agricultural GDP comes from livestock, and fodder accounts for almost 60% of the cost of rearing livestock. Paroda, by negotiating a $250 million National Agricultural Technology Project with the World Bank in 1998, was instrumental in the technology modernisation of agricultural research, education and extension in India.

Not many young scholars get a chance to be an understudy of a Nobel Laureate. G. Rangaswami, a plant microbiologist and institution builder, was lucky to have as his doctoral guide the Ukraine-born U.S. scientist, Selman Waksman, who won the 1952 Nobel Prize for medicine for his discovery of the antibiotic streptomycin. Rangaswami, who isolated and characterised mycothricin, a new polypeptide belonging to the streptomycin group, for his PhD at Rutgers University, continued his interest in plant pathology after his return to India. He worked at Annamalai University and was Dean, Faculty of Agriculture, University of Agricultural Sciences, Bangalore. He also established a Department of Agricultural Microbiology at the University of Agricultural Sciences campus at Hebbal — the first such department to be set up anywhere in the country — before moving to Coimbatore to establish an agriculture university in 1971.

Apart from crop diseases caused by microbes, Rangaswami also studied nitrogen-fixing microorganisms. Concerned about the indiscriminate use of chemicals, he set up units for the production and quality control of inoculants for soil-friendly bacteria in Bangalore as well as at Coimbatore. He is a key reason why Tamil Nadu has been the largest user of biofertilisers in the country.

If a substantial part of the world — at least 3.5 billion people for whom rice is the staple — does not go to bed hungry any more, it has to thank Gurdev Singh Khush for it. He is not an Indian citizen. Neither did he hold a job in any Indian institution. However, he had worked in India with many Indian scientists. His research team at IRRI in Manila — when Swaminathan was its Director General — doubled the productivity of rice from an average of 2.1 tonnes per hectare to 4.4 tonnes per hectare. During his three decades at the IRRI, mostly as the head of its genetics division, the institute released 300 high-yielding varieties, some of which are still popular in 50-odd rice-growing countries across the world.

Khush was born in India in 1935 and was the first person from his village near Jalandhar to attend college. He finished his undergraduate degree from the Punjab Agricultural University in Ludhiana in 1955. To fund his higher studies, he moved to the U.K. and briefly worked in a factory there. He later joined University of California Davis, where he researched the genetics of the tomato crop for a PhD. A chance meeting between his doctoral advisor and a top IRRI official subsequently led him to Manila.

Plant viruses are said to cause farm yield losses of over $60 billion a year globally. The economic losses would have been significantly more if not for plant virologists who worked on viruses and their molecular biology. Varma has been a cog in India's efforts to identify these pathogens and reduce their impact on crops. The scientist, who joined IARI in 1967 after a PhD from London University, has been spearheading the plant virology lab at the institute. More important, he played a key role in making plant virology research popular in many agricultural universities across the country.

Varma is the government's go-to person whenever there is an outbreak of an unknown crop disease. After joining IARI, he built strong research groups on virology, and these units have been instrumental in helping others to develop virus-resistant varieties of important crops such as potato, tomato and papaya. Varma, who has also developed probes for a quick diagnosis of viral diseases, has been championing the cause of tissue culture of vegetatively propagated crops, and has been spearheading the National Certification System for Tissue Culture Raised Plants of the Department of Biotechnology since its inception in 2008. He has also guided 25 PhD students in virology.

These scientists were also institution builders

Physicists who made quite a mark

When the chemistry was just right

These engineers foresaw the future

They shaped the development of indigenous technology

The men who knew infinity

On a mission to save lives

The building blocks of biology